This project is an early proof-of-concept developed with students from UCF’s Capstone Computer Science class. Designed to experiment with the capabilities of augmented reality to engage and educate youth (late elementary to early high school age), PEAR superimposes planets that players “gather” by tapping their phone screen. Once a planet is gathered, the player learns about it by watching a video and testing their knowledge by answering multiple-choice questions about the planet. If enough questions are answered correctly, the planet is unlocked (it appears in its natural color rather than a plain gray orb) and the player places it in its correct location in the solar system (superimposed on the player’s existing environment). 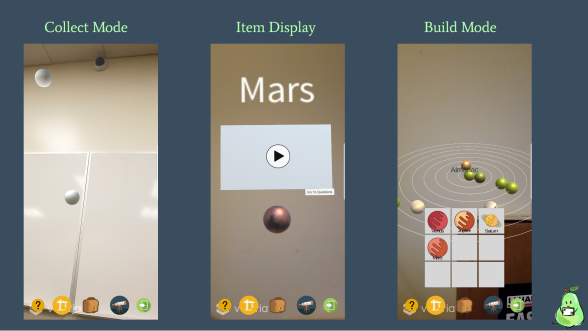